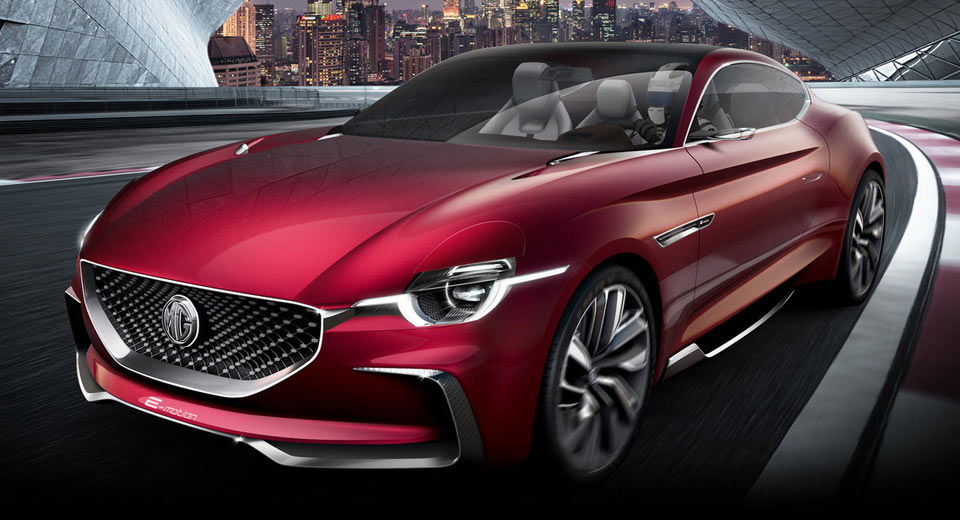 After a series of teasers and expired pictures, the MG E-Motion of SAIC Motor has bowed at the Shanghai Auto Show and offers a fascinating insight into what the British brand could bring to the market in the future.


No powertrain details have been published by the company, but it is believed to be powered by an all-electric powertrain that provides enough punch to accelerate the concept to 100 km / h in less than 4 seconds.

Although the powertrain might appear in some form in a future MG vehicle, it is the external and internal design of the E-Motion, which is of paramount importance as it presents the future design language for the company.

According to the chief designer at SAIC Motor, Shao JingFeng, the design of E-Motion is "friendlier" than the appearance of the existing models of the brand.

The front of the concept is perhaps the most striking element of the concept. It features a fascinating new front grille with a matt silver edge and a pair of headlights with built-in LED daytime running lights that extend across the front wheel arches. The company says the headlights have been inspired by the reflection of the London Eye on the Thames.

We are not quite in agreement that the front is not as "angry" as existing MG models, but nevertheless looks good.

From behind the E-Motion is just as striking and contains a small, heavily planed window, a vertical tail light and a fascinating bumper design.